The future for Windows XP support

Microsoft has recently announced that Windows XP support will expire after April 2014. 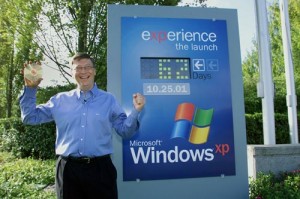 The XP operating system will still work but it means that Microsoft will no longer support or provide any further changes or security updates to keep the software protected.

It is recommended that companies using XP as an operating system on any of their computers should place in the budget costs to upgrade or replace the software or computers within the next 18 months.

Most computers running XP will be old, therefore it’s advised to replace these with Windows 7, which is a reliable and secure operating system.

If businesses have a line of business application that only works on Windows XP, they must ensure that they purchase a replacement computer that has a processor capable of virtualisation. This will enable Windows 7 to run in XP mode, so at the applications will still work.

Many businesses have sent us positive feedback after migrating from Windows XP to Windows 7, saying that once they’d become used to the new interface, it reduced their IT support costs, improved staff efficiency and generally speeded up day to day business productivity. Get in touch if we can be of assistance to your business…