We’ve all recently seen at least one advertisement for fibre optic broadband – be it on the TV, in a newspaper or on a billboard but how do you know what one offers the best service?

BT is still pressing ahead with its infinity service, Virgin media have revealed plans to boost the speed of its network and now there are even offerings from TalkTalk and Plusnet!

Usually the deciding factor in the fibre or cable internet debate is the availability of fibre optics in your area, if you have the ability great, if you don’t then there’s always cable but with fibre optic connections becoming ever more popular and more lines being put in all around the UK it’s only a matter of time till your area is covered by a provider. As previously mentioned Virgin media is planning to increase the speed of its service this will mean customers currently signed up for 10Mbps will be boosted to 20Mbps, while users on 20Mbps and 30Mbps packages will both be upped to 60Mbps.

Those on 50Mbps will be increased to 100Mbps. Customers already on the top 100Mbps tariff will be raised to 120Mbps – the fastest speed Virgin Media is currently able to provide. So why not look and see when fibre optic could be an option for you, it could even already be available in your area.

The CPU manufacturing giant Intel has announced it will be entering the mobile market this year, Intel already has a deal with Motorola who will be producing the device based around Intel’s new Medfield chip that Intel claim is a balance of power and battery life. There are no formal specs yet but so far the proposed device is rumoured to run the Android OS however it is too early to say for sure. 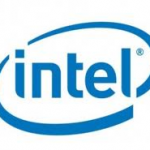