With a new year and a new start there is a lot of fresh technology already emerging in 2012! 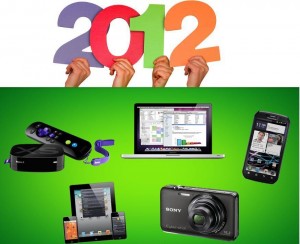 We’ve selected some of these new technologies and services to blog about. These are the ones we feel are extra refined and are hoping to make it big this year, starting with Windows 8.

Microsoft’s Windows 8 is rumoured to be released in October and there are already developer previews available to try with a beta version being released shortly over the coming months. This version of Windows is sleek and modern with a new Metro style look which gives it the feel of a Windows phone. The main reasoning behind this is the huge increase in popularity of tablet devices, the Metro look increases usability on touch screen devices immensely while also bringing more gestures than in previous versions of Windows.
With this comes a whole myriad of new features including the ability to use a picture as a password, simply touch or gesture on 3 specific points of the picture to unlock the device. However the traditional password can still be used.

Another feature of Windows 8 is ‘Refresh’ rather than reinstall. Refresh functionality is basically still a reinstall of Windows, just like resetting your PC, but your data, settings, and Metro style apps are preserved. With Refresh there’s no need to first back up all your data to an external hard drive and then restore it afterwards, a nice time saving feature!

These new flashy features aren’t the only thing Microsoft’s been working on, they’ve also created a new file system called ReFS, with its main goal being resilience! The whole idea behind the file system is keeping your data safe by minimizing the chance at corrupting data. This new file system is said to be compatible with NTFS so there will be cross compatibility with older versions of Windows.

Microsoft has also spent time working on UEFI. UEFI is not a particularly new idea, like everything in IT, things change, evolve and improve and UEFI looks to fill in some gaps and make the pre-OS environment more flexible, maintainable and manageable. The reason it’s become relevant in the press recently is that Microsoft has stated that in order to get certification (i.e., a logo) for any boxes shipped with Windows 8 pre-installed, a feature called “secure boot” has to be enabled.

Secure boot is designed to stop malware inserting itself into memory before the OS starts to load. If malware is able to insert its self in before the operating system loads it can circumvent and avoid any malware countermeasures that happen to be installed in the machine.

Over all Window 8 is set to become a much richer and more secure operating system, saving businesses money on on-going IT support and maintenance charges.  Get in touch if we can be of assistance.