Unfortunately malware viruses are becoming something that most people are familiar with, if you haven’t already seen a Windows or Apple Mac malware infection, it’s likely you’ll know someone that has… 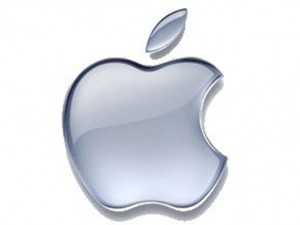 Removing and cleaning up infections can take a lot of time and the threats are no longer confined to Microsoft Windows operating systems. Malware threats are becoming a lot more common on Mac and Linux based computers.

Malware is no longer something that’s created by individuals; the organized crime industry is now the main source of most malware in the wild. With botnets being created and sold as a means of sending out spam, card details stolen and money laundered through various crime organizations.

There was once a time when you didn’t have to worry about malware, and the possibility of finding a malware infection on your phone was almost unthinkable, however 2011 saw a massive rise in malware designed for the Android phone environment. This trend has forced IT support departments to analyse company defence measures and invest in professional hardware and software security.

In 2011 Apple’s OS X environment was compromised by multiple threats that dodged the requirement for an administrator password upon software installation. One of these threats even evaded an Apple Mac malware security update that was released to patch the vulnerability!

In the ever evolving technology world it’s essential that all computer and smartphone users wise up to security threats, especially when money and sensitive data is at risk. These days it doesn’t matter what operating system platform is being used, people should always be wary of sites offering free software. Little is free in this world and common sense is a far more valuable tool than any antivirus software, after all prevention is always far greater than the cure..

Malware most commonly infects via the following 3 methods;

To conclude, despite a widespread increase in malware infections across computers and devices, users can massively reduce the risk of infection by using common sense, vigilance and a good business class anti-virus, anti-spyware protection software, such as Eset Nod32 Business Anti-virus.